Discover the highlights of Australia﻿

Would you like to conquer the highlights of Australia? From the Sydney Opera House, the spectacular Barrier Reef, and the tropical city of Cairns, to Kakadu National Park, Airlie Beach, the Blue Mountains, the Whitsundays, and Kuranda. Australia is a country full of jaw-dropping highlights.

Wherever you are, you will be treated to natural beauty, everywhere. From the ever-changing landscape and the thousands of species of animals that live there, to the vibrant cities and charming coastal towns. There are so many places to visit in Australia. 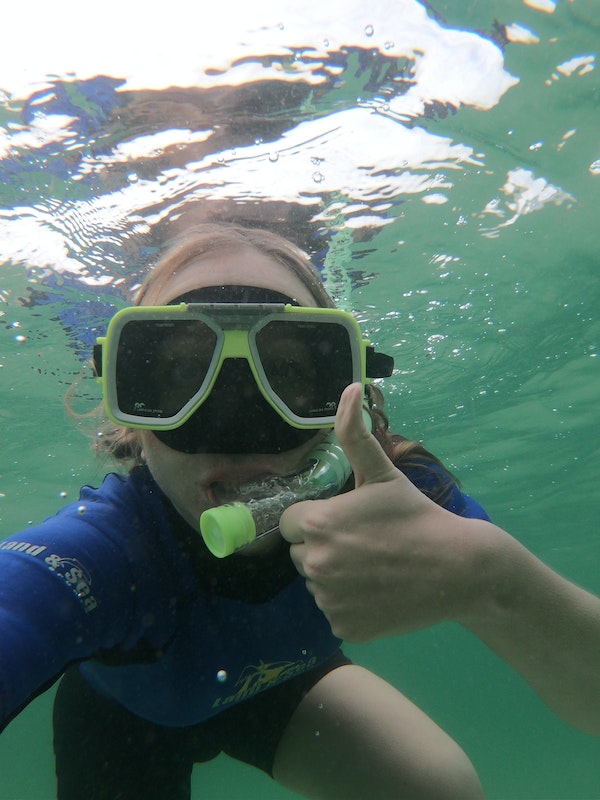 Your holiday is protected by ATOL

Book with confidence: TravelEssence is affiliated with Air Travel Organiser Licensing - licence No. 11760. Your holiday with us is fully protected by the ATOL scheme under the trading name - Little Travel UK LTD.

If you book a holiday to Australia and New Zealand and it is cancelled due to COVID-19, you can reschedule free of charge at any time, or if you prefer, you will receive a full refund with a cancellation. If, when it comes time to go on your holiday, you are not confident that you will have a good time due to current COVID-19 restrictions in your destination country, you can postpone your holiday free of charge. Take advantage of the TravelEssence flexibility guarantee.

1. Explore the rainforest of the Daintree National Park

In Tropical North Queensland is the Daintree National Park, the oldest rainforest in the world. The park is only a fraction of the rainforest that covered all of Australia 50 million years ago - which is why it is now also a UNESCO World Heritage Site for protection. No fewer than 18,000 different species of flora and trees over 2,500 years old live here. At Cape Tribulation, the rainforest flows into the Great Barrier Reef. The only place in the world.

2. Take an adventurous journey through the Kimberley

The Kimberley is located in northwestern Australia and borders the Indian Ocean. In this area, adventurers can truly indulge themselves: the landscape is rugged, wild, and deserted, so you can experience the real Outback. The vast landscape is uninhabited, except for a few cattle stations, and has, therefore, remained untouched.

You cannot always travel through The Kimberley because of the rainy season. In that season there is not only a lot of rain, causing road closures, but it also gets very hot. The best travel time is from May to September and be sure to stop by Broome!

"A day trip to Horizontal Falls in the Kimberley area in Northern Australia was the ultimate day trip for me. It's not for the faint-hearted!"

Discover more about the Kimberleys

3. Experience the versatility of Mission Beach

The coastal town of Mission Beach is located on the Queensland coast, between Cairns and Townsville. Here, you will find dense rainforest and colourful coral. Mission Beach is, therefore, the starting point for various activities: from diving at the Great Barrier Reef and white water rafting on the Tully River to visiting Dunk Island. Do you feel like relaxing? Then chill out on one of the many terraces and soak up the tropical environment.

4. Dive or snorkel at the Great Barrier Reef

With a whopping 2,900 reefs and 400 types of coral, the Great Barrier Reef is a must-see while in Australia. The area extends over an area of ​​approximately 334,400 square kilometres and is - like the Daintree National Park - a UNESCO World Heritage Site. After all, the beautiful coral is home to rare tropical marine species, such as the green turtle and the manatee. Discover this natural wonder by snorkelling or diving. If you prefer to stay dry, hop onboard a semi-submersible vehicle.

Would you like to learn more about Australia and New Zealand? Feel free to join one of our informative one-hour presentations, hosted by our travel specialists.

In the Barossa Valley wine region, sample the most flavourful Australian wines while looking out at the rolling countryside, full of vineyards, that the region is so famous for. In this region, there is a Mediterranean climate and especially the dry, red wines are praised here, such as Shiraz, Grenache, and Mourvedre. But Cabernet Sauvignon, Merlot, Petit Verdot, and Chardonnay are also worth a try. A visit to a winery should not be missed when you are there.

Magnetic Island is located approximately 12 kilometres off the coast of Queensland and is relatively small compared to Tasmania. You can cross the island in half a day. Yet it is an Australian highlight: here koalas live in their natural habitat and you can enjoy pure nature. If you take the Forts Walk - a four-kilometre walking trail past historic relics of World War II - chances are, you'll spot a koala in the wild.

"If you would like to see koala's, I would really recommend visiting Magnetic Island. It's not uncommon to see koalas in residential areas, as well as the bush, in their natural habitat."

7. Learn about the cultural significance of the Uluru/ Ayers Rock

As you drive across the flat desert landscape in Central Australia, you will slowly see the Uluru rise. The sandstone monolith is the world's largest free-standing rock, at least 600 million years old, reaching a height of 348 metres and a circumference of 9.4 kilometres. It is for good reason, that it is an attraction that is inextricably linked to Australian nature and culture.

Alice Springs is the gateway to the Red Centre

Located approximately 360 kilometres southwest of Alice Springs, you will find a large group of dome rock formations known as Kata Tjuta/ the Olgas. Walpa Gorge is also located within the Uluru-Kata Tjuta National Park and offers a fantastic 2.6-kilometre walk.

8. Drive to all the highlights of K'gari | Fraser Island

K'gari | Fraser Island is the world's largest sand island: although the landscape alternates with mangrove and tropical rainforest, as much as 98% of the island is made up of sand. Therefore, you can only explore K'gari/ Fraser Island with a 4WD. An ordinary car offers no grip and there is no public transport on the island. You can drive to the pure freshwater lake - Lake McKenzie, visit the rock formation - The Cathedrals or relax on the endless 75 Mile Beach.

9. Discover the highlights of Sydney

With over 3.5 million inhabitants, Sydney is the largest city in Australia. Although Sydney is grand, dynamic, and cosmopolitan, the city is also cosy and inviting. It is not without reason that 140 different types of nationalities live here. While in Sydney, you can visit several highlights: the Sydney Harbour Bridge, The Rocks district, the Sydney Opera House, and Bondi Beach.

"My first New Years Eve in Sydney was very special. I had arrived just a few days earlier. The fireworks in the harbour were a perfect start to the time I spent in Australia."

10. Melbourne, one of the world's most livable cities

If you really want to combine the 'urban' feeling with nature, visit Melbourne. Melbourne is located approximately 800 kilometres southwest of Sydney on the Yarra River. The city is also called Garden City. It is known for the city gardens, a place where you can relax after a day on the road.

There are plenty of day trips outside of Melbourne such as the iconic Great Ocean Road, the Grampians, Phillip Island, and Mornington Peninsula.

Seventy-four islands make up the Whitsundays - set sail, and discover this beautiful part of the world. Renowned for being a popular yachting destination, it's an ideal place to soak up the outdoor Queensland lifestyle in a tropical atmosphere. Visit the famous Whitehaven Beach, world-famous for its pearly white sand and turquoise water.

Discover more about the Whitsundays

Discover native wildlife on your doorstep during your stay at a lodge. This environmentally friendly boutique… read more 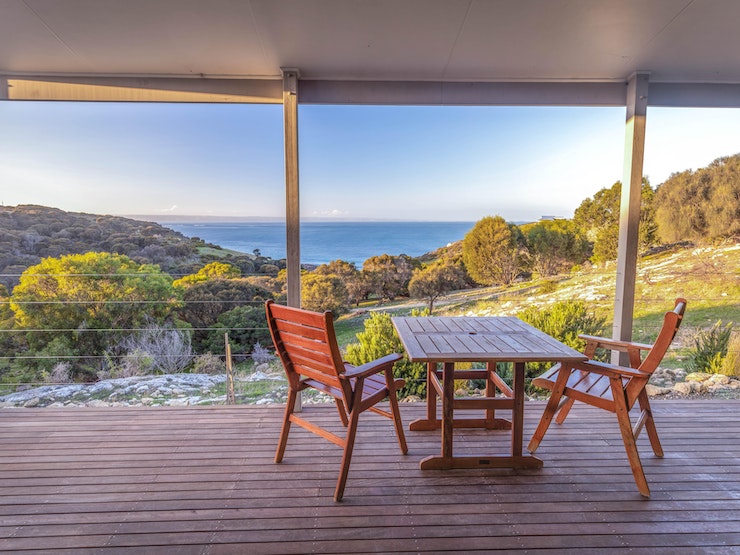 Swim with dolphins at Kangaroo Island with your family

Immerse yourself in a natural wonderland - Kangaroo Island. Located south-west of Adelaide, off the mainland of… read more 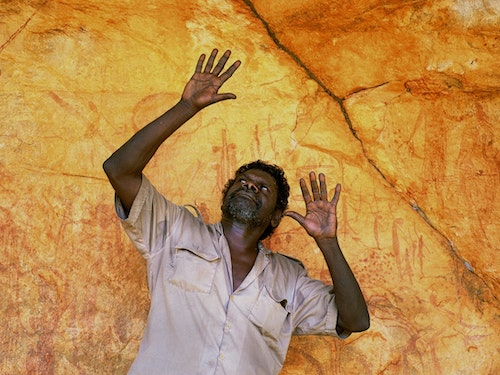 Things to do in Australia. 7 of the best activities 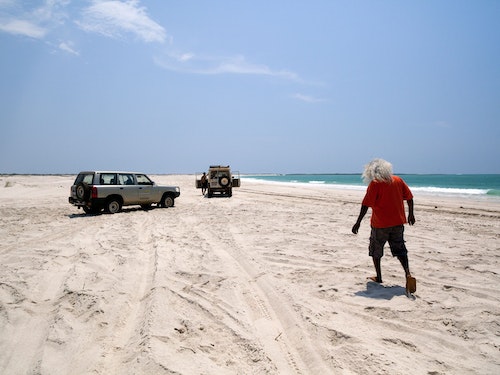 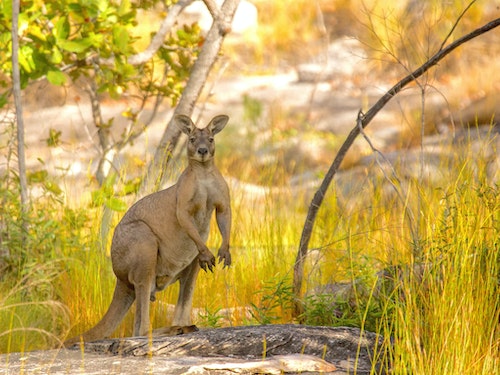 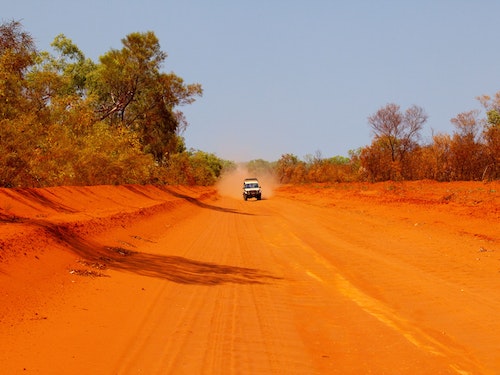 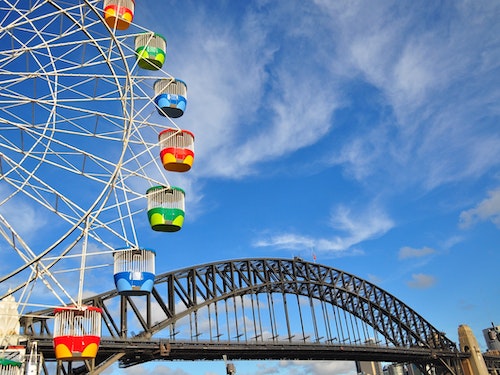 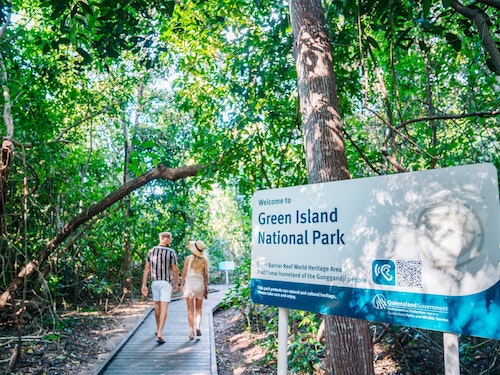 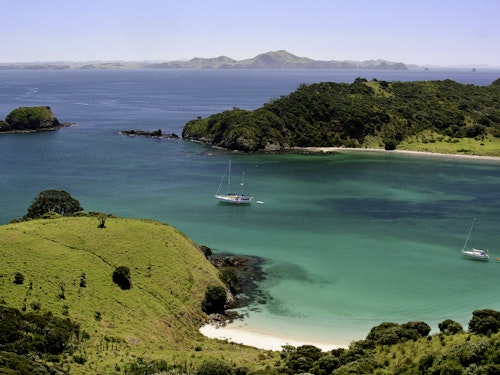 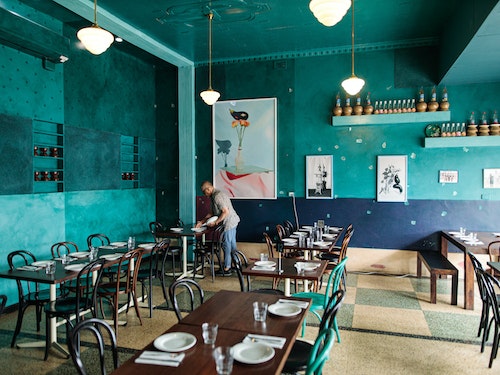